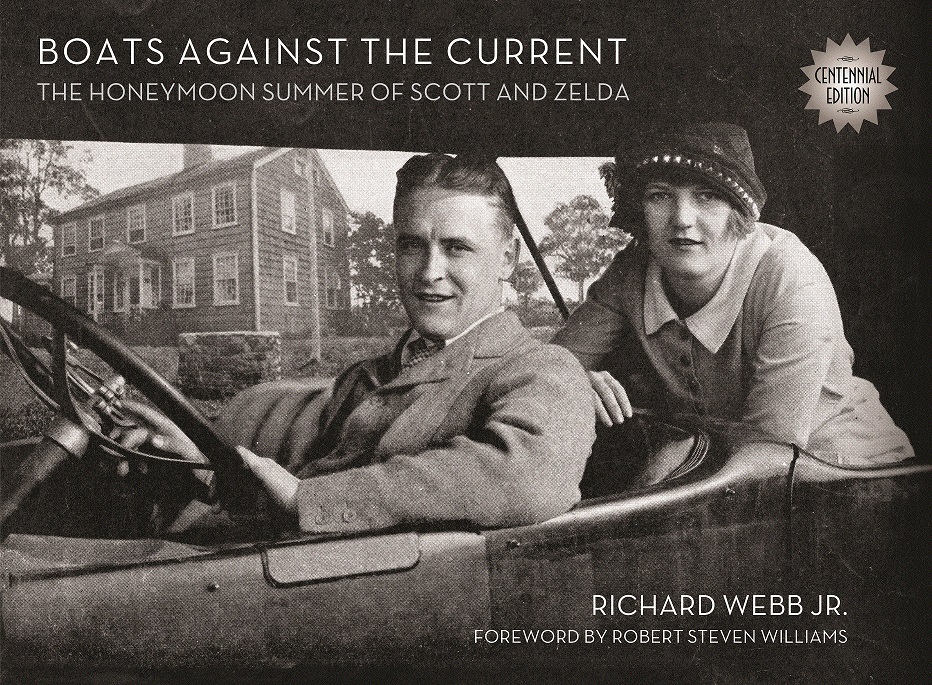 Richard “Deej” Webb will discuss his book Boats Against The Current : The Honeymoon of Scott and Zelda in a multimedia presentation.
Scott and Zelda Fitzgerald honeymooned during the summer of 1920 in Westport, Connecticut. It was an experience that had a more profound impact on both of their collective works than any other place they lived. Living near the beach, three larger-than-life reclusive multi-millionaires were their neighbors…
Boats Against the Current tells the real story behind the famous novel and its tragic hero, debunking the long-held belief that the book was solely inspired by the Fitzgerald's time in Great Neck, and it is difficult not to believe that Webb has located the true inspiration for one of the most captivating and iconic characters in American literature, the great Gatsby himself.
To register for this program, please visit https://us02web.zoom.us/meeting/register/tZYqceCpqjMvG9d8Sjb78iU96l2RlOLtr5bc
RICHARD “DEEJ” WEBB is an author, an award winning educator, and an award winning documentary filmmaker. A graduate of Vanderbilt University, he has taught history for twenty four years at both the high school and college levels. A featured presenter in the Connecticut Public Broadcasting Prohibition documentary Connecticut Goes Dry, Webb is also co-creator and co-producer with Robert Williams of a documentary film about the Fitzgeralds in Connecticut, Gatsby in Connecticut, which is a companion to this book.